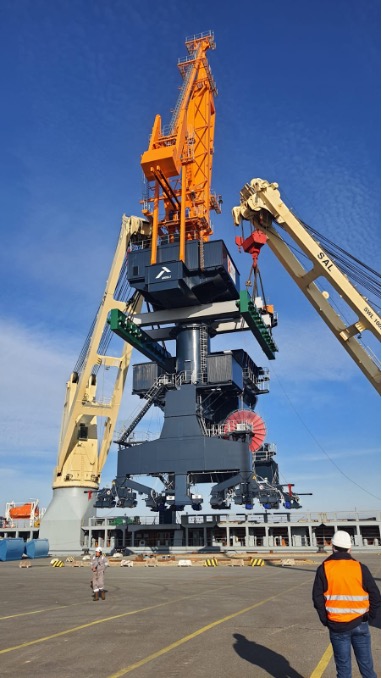 One of three cranes ordered was delivered by Ardelt to England in November. The crane, fully assembled and weighing approx. 950t, was loaded onto a special ship and then set off on its journey to the customer, where two other...[Leer más] 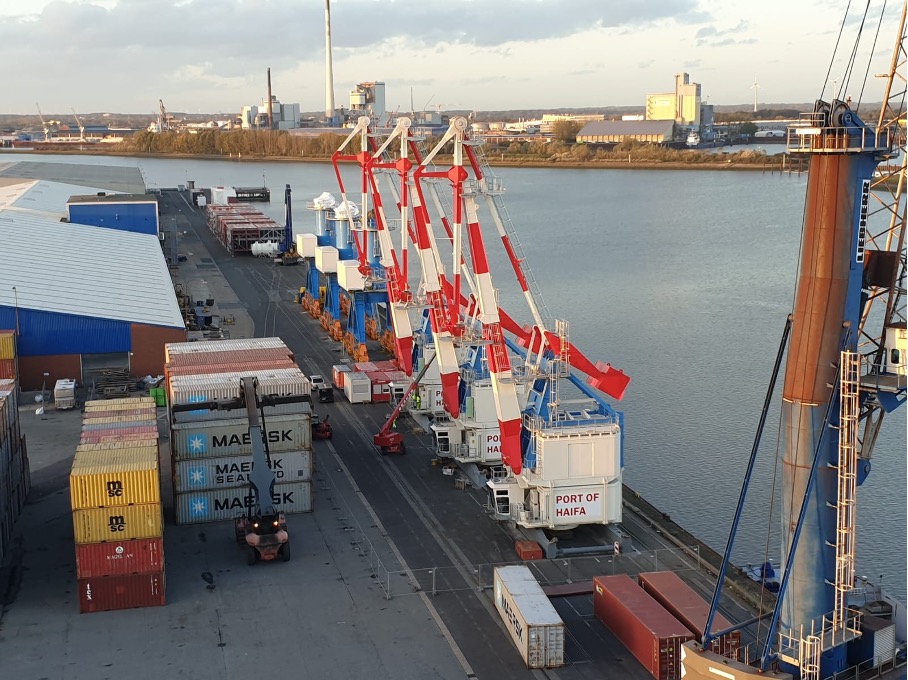 After the first two cranes have been successfully commissioned in Israel, the assembly of the next 3 cranes is currently taking place in Bremen. The cranes will be shipped to Israel in two parts each by means of a special ship...[Leer más] 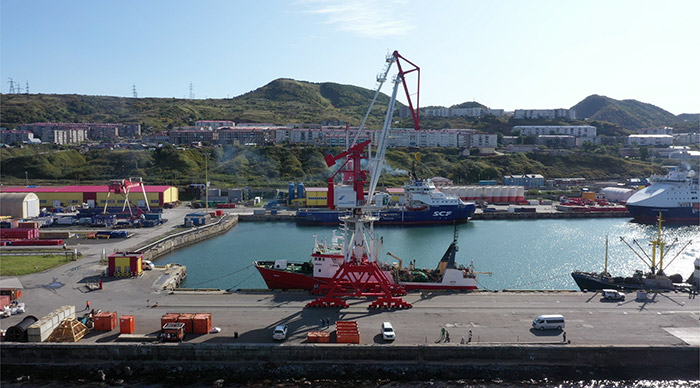 In September, another crane of the type Kondor was put into operation at port of our long-term partner LLC JV Sakhalin Shelf Service. The crane installed in Kholmsk in Russia is already the third crane of the same type in this...[Leer más] 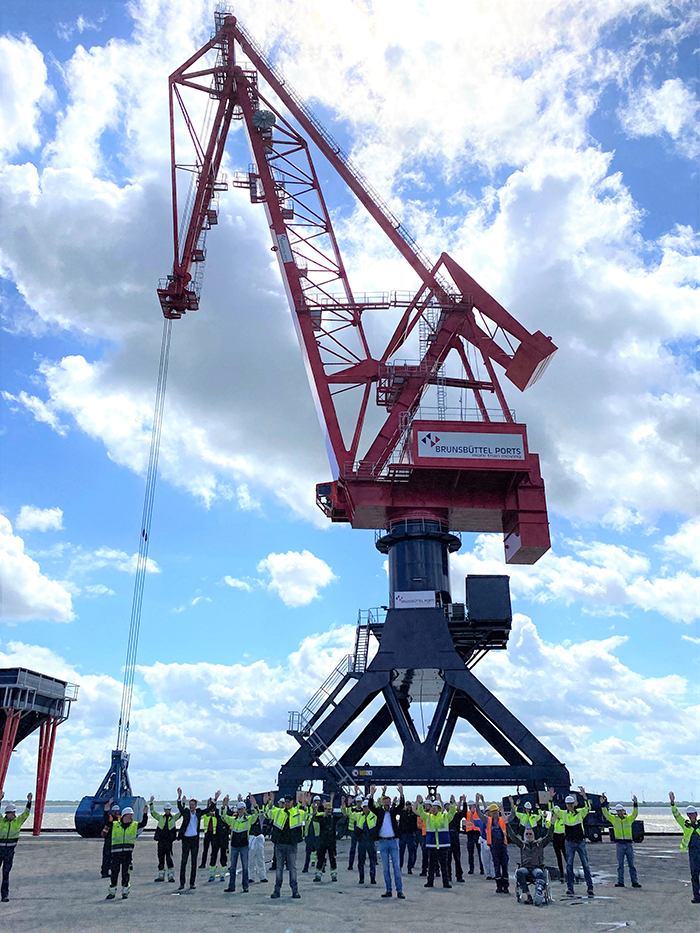 With the delivery of a TUKAN 3000, Brunsbüttel Port now has its third double jib level luffing crane from Kocks Ardelt Kranbau GmbH. Positioned at the mouth of the Elbe, with a maximum lifting capacity of 120t, a radius of 63m,...[Leer más]

The crane build is complete! The 75 metre high steel structure reaches into the sky. The ropes are being installed and the final refinements carried out. Everything is on schedule and we start commissioning the crane ready for...[Leer más]

The new TUKAN has a capacity of 120 tonnes, and will contribute towards the overall efficiency of Elbehafen. The new crane will double the current lifting capacity from 120 tonnes to 240 tonnes in tandem lift. Thus Brunsbüttel...[Leer más]

The Service Group of Ardelt in Eberswalde has been realized the upgrade from old Siemens MASTERDRIVE-drives to the new and modern Siemens SINAMICS-drives. The technical concept based on the application-design of current new crane...[Leer más]

Kocks Ardelt successfully handed over a multipurpose crane Type Tukan 40t x 50m to HES Gdynia Bulk Terminal, mainly working in coal handling. With the handling capacity of >1200t/h and the outreach of 50m, it is an optimal...[Leer más]

Immediately after the spectacular docking of the central nave into the shipbuilding hall in Wismar, the new mega-crane TUKAN S was also handed over to the MV WERFTEN Wismar as planned. The assembly of the up to 148 t heavy...[Leer más]

In the Romanian city Galaţi a new Kondor was put into operation in October 2019. Kondor is an universal crane for bulk and general cargo handling. The crane type has long been known to the end customer, a steel mill, for their...[Leer más]

As part of a technical modernisation program decided a few years ago in Port Vysotsky (Russia), two further Ardelt cranes "Sokol" were handed over to the customer in September 2019. These are number 9 and 10 that have been put...[Leer más]

On 12.08.2019 the ship Nothern Rock with crane components for two Tukan 1500 left for Casablanca. After two cranes have already been delivered to our regular customer Marsa Maroc, two remaining cranes from this order are now on...[Leer más]